The Klondike Gold Rush was winding down but Southeast Alaska’s frontier was still wild and wide open in 1901. That year the continuing United States-Canadian border dispute prompted the U.S. government to establish a military presence at the missionary settlement of Haines.

Haines was founded in 1881 by the Presbyterian Church at the invitation of the local Tlingit Indians. When the church’s Home Mission Board deeded 100 acres of property adjacent to Haines to the government for the site of an army fort, the community saw its character transformed.

Named in honor of William H. Seward, the Secretary of State who arranged the purchase of Alaska from Russia, Fort Seward was truly a frontier outpost. Its construction required extraordinary efforts. Work began in 1903 when men using horses, mules, and oxen began clearing the forested land by hand. Its remoteness and primitive environment classified Fort Seward as a foreign duty post for the U.S. Army soldiers who earned double credit for each year they served there.

In World Wars I and II, the Fort was a training base for Alaska recruits. During the Second World War, it was a rest and recreation center for troops who served in the North Pacific Theater. It was decommissioned at the end of the war and declared surplus property. The closure of Fort Seward was a drastic blow to Haines’ economy. After 42 years of catering to business from the Army post, how would Haines survive?

The answer to the future of the old fort came from five World War II veterans and their families who had a dream. They bought the surplus 85 buildings and 400 acres sight unseen. In late 1947, Hilma and Clarence Mattson drove the Alaskan Highway and joined the enterprising veterans. They purchased the buildings comprising the former commanding and bachelor officers’ quarters. Hilma, who immigrated from the Swedish province of Hälsingland, named her new hotel after her homeland. Along with subtle Swedish influences, she brought with her extensive experience in the hospitality industry.

It was here at the Hälsingland Hotel that the Commander’s wife, Eleanor Dusenbury, wrote the music to Alaska’s flag song during her husband’s command of Fort Seward. In 1972, Fort Seward was placed on the National Register of Historic Sites and resumed its original name of Fort William H. Seward. These pioneers made many contributions to modern day Alaska, including what is now the state ferry system, Haines’ art galleries and theater, the Alaska Indian Arts Center, and the Hälsingland Hotel.

Haines has often been referred to as the adventure capital of Alaska. Here at the Hotel Halsingland our goal is to make sure you get the most out of your adventure. Below we’ve provided a list of links of popular places to visit and things to do in Haines so that you have the adventure that you’re looking for.

Read more about what to do in Haines 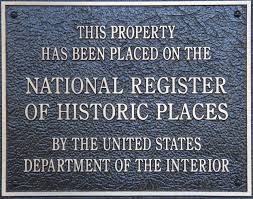 © Copyright 2020. All Rights Reserved Powered By